Since we have this WBX daughterboard in our hands it was not possible to miss a quick test on the L band ! Thanks to the wide coverage of this little nice board. We could not forget from where the MMBtools suite is coming …. Canada ! In this country they have allocated 23 channels starting from 1452 MHz until 1491.184 MHz. The DAB system in Canada is officially designed as DRB for Digital Radio Broadcast. (EN 50248) Australia is using this band too.

Looking in the stock of old RF parts we found some good filters (taken years ago from old analog satellite modulators and placed before a Ku band up-converter). After a quick tuning, the filter is adjusted in the middle of the band with a 33 MHz bandwidth (band-pass). We could be more restrictive but this let us some room when playing around with the channels, as we stay on dummy load we don't take any risk to jam anybody.

Our B20 Iriver receiver had no problem to receive the multiplex when configured to scan the Canadien DRB L band. 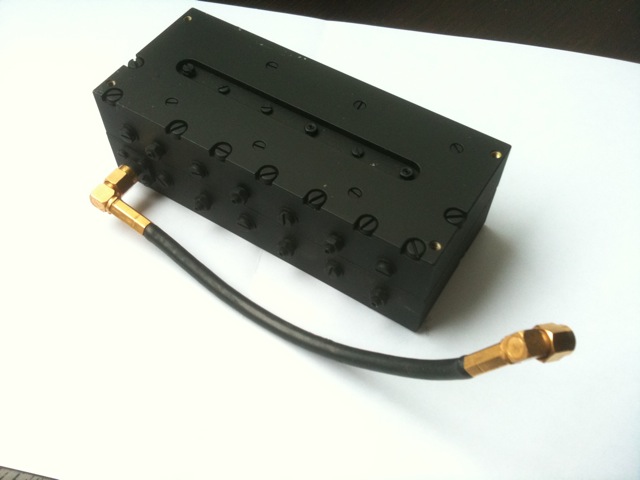 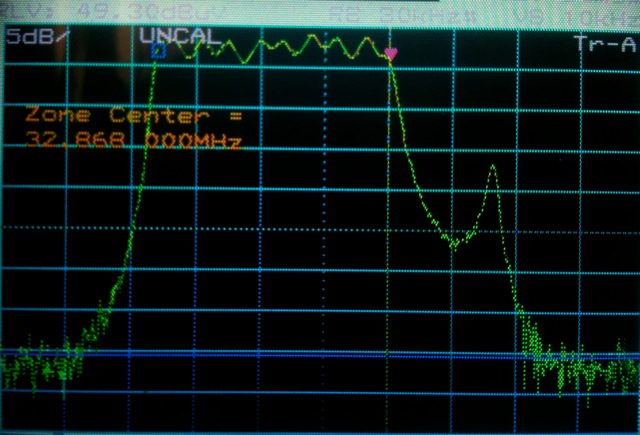 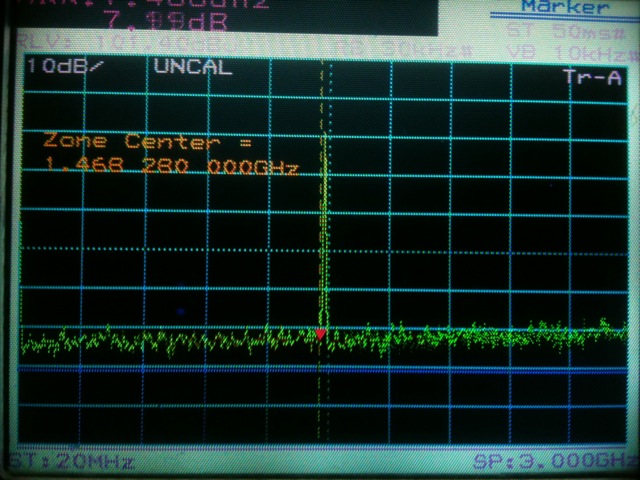 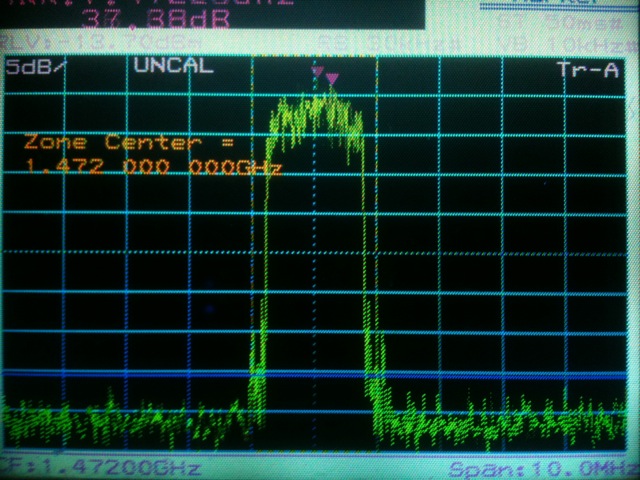